The best restaurants in the neighbourhood of Knightsbridge and Belgravia London

Sort by Near restaurants
You are here:
Home
Restaurants
England
London
City of London,Westminster
Knightsbridge and Belgravia 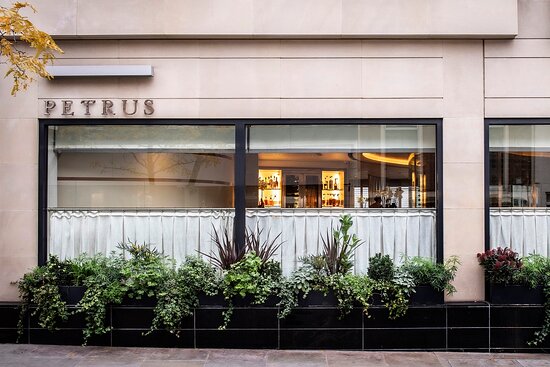 
Knightsbridge and Belgravia, City of London,Westminster
24/08/2021: Fantastic service with delicious food! Everything tasted exquisitely wonderful with flavors popping and beauty being served with every dish. This is one experience we both will never forget.
17/08/2021: I had a memorable time there, will definitely come back and try new things on the menu.
chocolatecheesecookedfoiepork


Knightsbridge and Belgravia, City of London,Westminster, 60-100£
22/07/2021: Excellent food. Michelin star restaurant with an extensive menu, and seasonal to a particularly high standard. Definitely fine dining. It can be expensive but worth it, as the staff is always on hand to step you through each of the numerous dishes on offer. This is certainly an Indian dining experience…on another level. Highly recommended.Thanks
22/07/2021: Went back with a different set of friends and no-one was disappointed. Food was still stunning, our server was fantastic and attentive and had a fantastic meal and evening out. Great options for vegetarians and those who have an additional dietary requirement of no onion/garlic. Fantastic and will be back!
chickenlambcookedmusttandoori 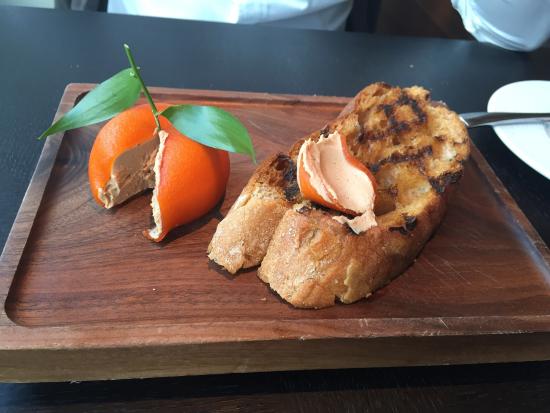 
Knightsbridge and Belgravia, City of London,Westminster
28/05/2021: Enjoyable dinner while in London. The chicken parfait is quite striking as a tangerine. Very realistic! Great service, friendly and a helpful sommelier too. Even better currently with more space around tables of course. Would recommend.
26/05/2021: Amazing lunch to celebrate belated birthdays. The food and service were absolutely brilliant - unpretentious and top notch. Every course was divine. Such a treat and would definitely recommend.
meatfruitcakecookedcream


Knightsbridge and Belgravia, City of London,Westminster
21/09/2021: Best little pub in London and the landlord Kevin was a joy to meet. Definitely will be back.
15/09/2021: Very quintessential pub, however 15£ minimum for card payments :(
oldroundbeautiful 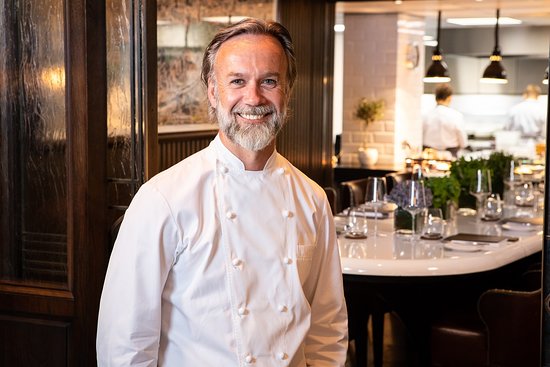 
Knightsbridge and Belgravia, City of London,Westminster, >100£
12/06/2021: Had the 7 course taster menu 😋 was worth every penny... Definitely returning at a later date.... Thank you for the experience...
06/06/2021: A superb return to Marcus after yet another lock-down closure…... What a pleasure it is to be a restaurant that is completely at ease with itself and completely at the top of its game. As I said in my TA reviews before, in terms of sheer food quality, this place takes some beating….I went for the three course set lunch, with the sommelier matched three wines. My English seared asparagus was superb and the lamb, cooked rare, was sublime. The set lunch is a steal in terms of the quality. It’s quite interesting to note that compared to other top restaurants in London, Marcus has a more traditionally British clientele - could be to do with the provenance, the cuisine and the ambience.The food and the wine here are superb, as is the customer service. Marcus has the best Britishingredients with a great French twist. The French dominated wine list is very good and for a top class restaurant, wines by the glass - of which they have many- are actually quite good value.The complete package was a lovely experience and was very uplifting in Brexit and Covid depressed London!London has one of the best restaurant scenes in the world and Marcus is one example of that.
cheeselambcookedchocolatebeautiful 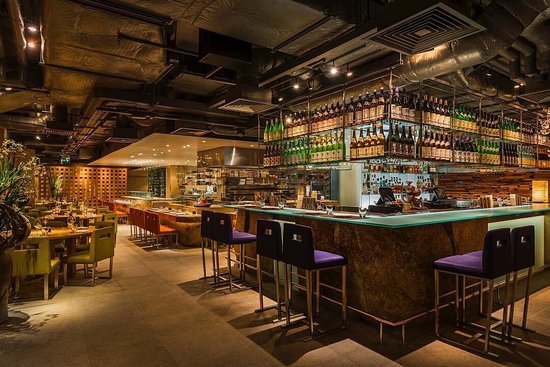 
Knightsbridge and Belgravia, City of London,Westminster
24/09/2021: Came here for a quiet 21st was so so lovely. Food was delicious and the wait staff and chefs were very friendly. Really recommend the sashimi which tasted divine. Even bought me a free ice cream with a candle! Was perfect for a quiet intimate evening and would definitely recommend. 💕
23/06/2021: It was rather mediocre experience. None of the dishes left any memorable impresion, Lamb chops were overcooked, tuna sashimi and nigiri sushi was slightly on the brownish collor side not red meat as one would expect from fresh fish. Sparkling water wasn't much sparkling or cold. We were seated in basement, sofas cushions were peeling off in places and generally uncomfortable. Waitress although very polite and kind wasn't much informed about menu and had to go back to kitchen to ask about menu aviability. Dessert ice-cream was very badly presented in miso soup cups and looked unappetising. I don't think I would ever come back, not worth the time and money 😕
sushicodsalmontacosmaki 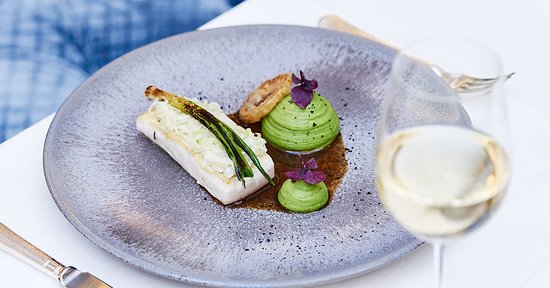 
Knightsbridge and Belgravia, City of London,Westminster
10/06/2021: A little back ground, each year for the last 14 I take my wife to the best restaurants I can find, this year was our team year anniversary but due to covid we decided to look more local for our treat. From Lisbon to Vienna we have found some amazing restaurants, only a few have been Michelin starred ones, but the ones we have eaten at have been amazing.So when I saw this restaurant I felt we could have a lovely anniversary meal as we have each year, unfortunately I was wrong.The good part, the service was good on parts, but unorganised, previously when eating a tasting menu we have had the staff explain each course, however two were missed and pretty much placed in front of use with an awkward smile.This could always be forgiven as the service for the most part was good.However the food was disappointing, poor flavours and combinations, but part cooked fish followed by an awkward conversation with the waiter just kept the disappointment going, even though we had the same menu it was although our dish's were prepared by different people with various skills, Unfortunately or fortunately depending how you may look at this I have never experienced such a poor restaurant with this reputation, I would compare this to an average pub meal. What adds to the frustration was bar meal which we had earlier that day, this blew the socks off the meal which was 6 times the price.Advice for future guests, book somewhere else and save yourself the disappointment unless you like over cooked meat, undercooked fish and dish's absent of flavour.
02/06/2021: After a year in lockdown I had been looking forward to the afternoon tea for a very long time and was utterly disappointed with the service we had. A friend of mine bought me the champagne afternoon tea for 2 for Christmas and the hotel had changed the theme to Cruella De Ville which we were very excited for. When handing over my voucher to the reception I was made to feel looked down on and we were put in a small table right at the back in the corner in the dark almost. The afternoon tea consisted of basically a sandwich of 2 slices of bread, scones and cakes but we were both left starving as the sandwiches were 2 bites if that and were not replaced until we had asked for the bill - seemed pointless! We then ordered bellinis which at £19.00 per cocktail you would expect to be bought out very quickly but were made to wait over 50 minutes. Had to ask the staff there on 4 occasions could they check where our drinks were. When the bill arrived they hadn't taken the voucher off the total amount and they queried I didn't have a voucher in the first place (luckily I had a copy on my phone as well) and then charged us service charge for the whole bill rather than what we had actually ordered on the day which the voucher specifically stated. For 2 bellinis we had to pay £79 in total. Was shocking service for such an amazing hotel and not busy so there was no need for the long delays.
beautifulchocolateeggcookedlamb 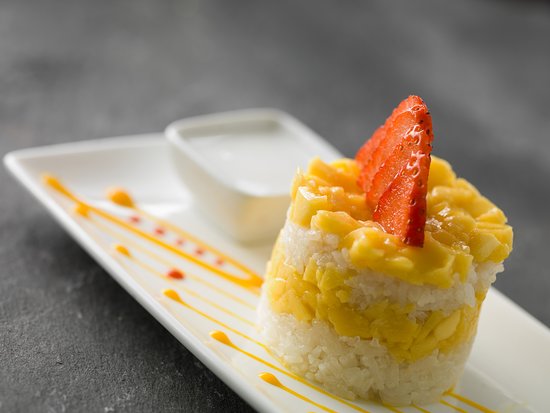 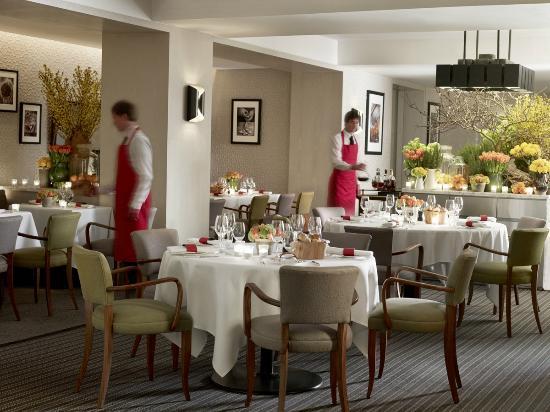 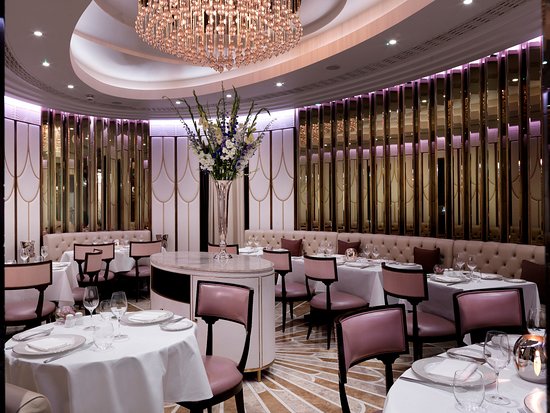 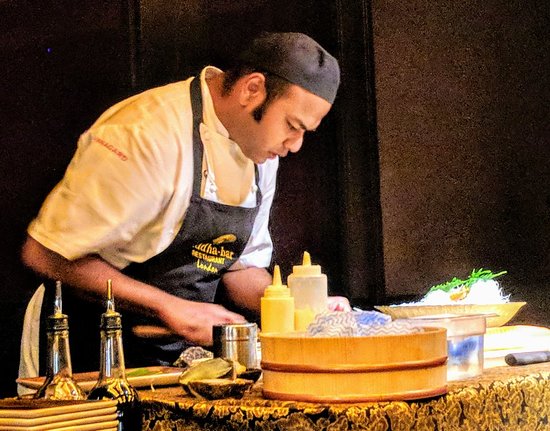 
Knightsbridge and Belgravia, City of London,Westminster, >100£
23/05/2021: Un restaurant instagram typique. Les prix ne valent pas forcément la qualité des produits. Nous avons été placé avec une table débordant sur le couloir. Le boeuf fondant est un bon plat mais les entrées (lobster) n’étaient pas forcément bonne gustativement. Très gentil personnel. Les clients du restaurant ne savent pas se comporter et se lève tout le temps pour se rafalé de photos. N’y allait pas pour le calme, allez-y si votre femme veut prendre de jolie photo. Très jolie décoration.
23/05/2021: Booked a table here for my birthday and was really looking forward to it as it looks amazing. However we were really let down by the service! Not sure if it because they were under staffed?? But on many occasions I had to get up and physically walk over to the waiter to get him to serve us. Also one of us who is a vegetarian was given a chicken dish by accident which she ate some of which was not nice!! When we realised this and told the waiter he didn’t seem that apologetic and then avoided coming back to our table to serve us. Felt really let down the whole experience what a shame as it is a beautiful venue. Not sure if we’ll be coming back though.
sushichickenbeautifulpayduck 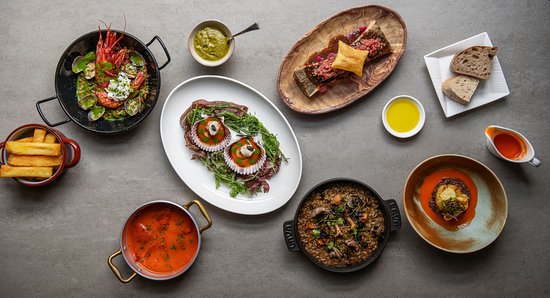 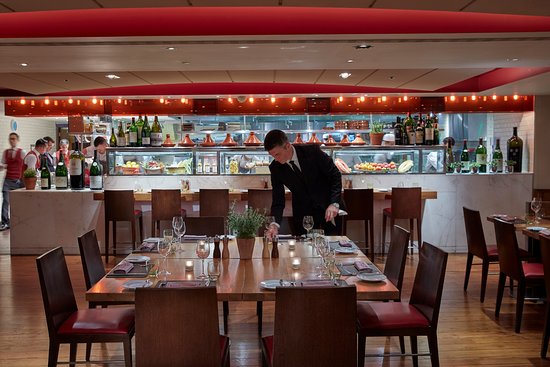 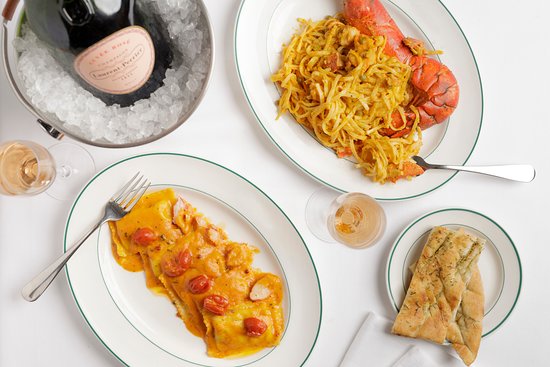