The best restaurants in Harrow London

Sort by Near restaurants
You are here:
Home
Restaurants
England
London
Harrow 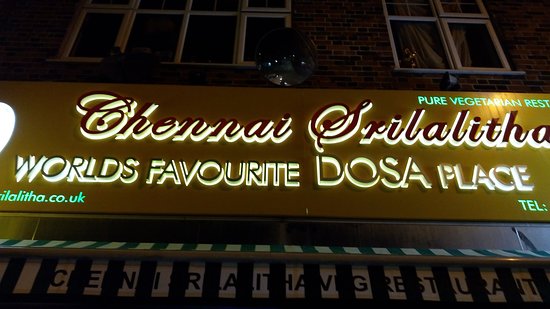 
Kenton West, Harrow, 20-30£
31/10/2020: The food was tasty and closest you can get to home cooked South Indian. The freshly made dosas with Sambar and a variety of chutneys were simply superb. Very clean ambience and all Covid guidelines followed. A must visit if you crave for authentic South Indian cuisine.
23/10/2020: One of the best meals I have eaten.We got here around the closing time, the owner was kind enough to let us in and feed us the best dosa I’ve had in a while. The taste is heavenly, usually I never eat sambhar outside as it’s always watery and substandard. Not here. It was lovely and aromatic. Thank you for bringing back childhood memories.
mustcookedspicyonionpay 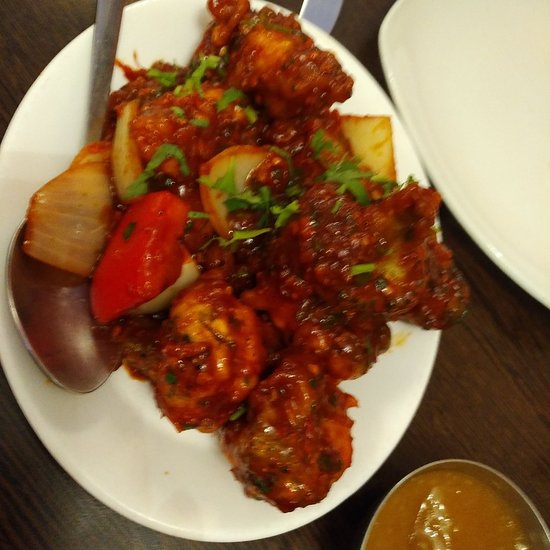 
Belmont, Harrow
09/10/2020: Our favourite Indian restaurant! Beautifully cooked food served by lovely caring people who truly value their customers. My son even got a complimentary ice cream with a candle as we told them it was his birthday. Would recommend Chilli Lovers to anyone who enjoys authentic cooking with a smile
16/09/2020: Wonderful and welcoming staff and service. Food on point and tantalising curries. I really love their food.
chillichickengarlic 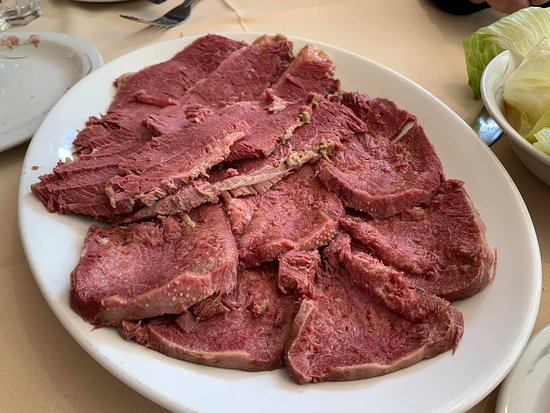 
Canons, Harrow
25/10/2020: Please see my last review of August 2020, Can't keep away. Even with the virus restrictions, deliveries, service and food are as good as ever and quick! Well done Cannesdid ... surfing syd
25/09/2020: Great food, Plenty of it served with a smile. And sometimes even a free taster. COVID safe. All food freshly cooked and their chicken soup is just like mother used to make
fishsandwichchoppedjewishchicken 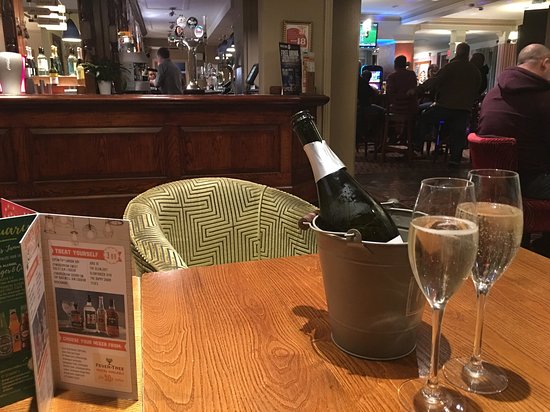 
Pinner South, Harrow
04/11/2020: Been to this pub a few times over the last year and never really wanted to leave a review as nothing really warranted one , however this time I'm proud to say we had an amazing evening , got chatting to the new managers Holly and Marie and you know when someone is just perfect for the job they do , customer service 100% and I must say the food was outstanding i think they must have a new chef too or kitchen manager . The covid safety precautions were amazing you could see that this is the teams top priority and customers were at the forefront of their minds . I would highly recommend this place now as such a difference from when previous management were there. Well done holly and team you should all be very proud of what you've achieved .
29/10/2020: I used to go to The Pinner Arms back in the days when i lived near by. When passing through i decided to see what it is was like since the old manager left. I really liked it i was served by a lovely lady called Debra who brought my drinks over she was really helpful and pleasant. A lovely atmosphere very welcoming and i will be definitely be visiting again when i am next in Pinner. 
Pinner, Harrow
08/10/2020: I ordered a take away afternoon tea as a surprise for my sister (for her birthday) and my father (for fathers day) during lockdown. The food was delicious and the cafe owner was really lovely and pleasant to deal with - would recommend.
26/09/2020: It is such a pleasure to visit mid morning, at lunch or afternoon tea! One is spoilt for choice - not perhaps particularly good for the waistline but treats are very important, at least once a week!
cakemust 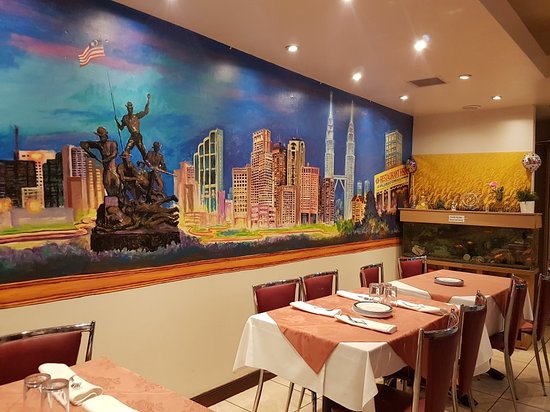 
Rayners Lane, Harrow
01/11/2020: We had an awesome take away fo Char Kuey Teow, Vege string hopper Khottu, jaggery appam and teh tarik.. super awesome food with the right balance of spice, flavour, that reminded me of home. Friendly owner and wife .. made us feel warm and welcome. Definitely another visit.. for the vegetarian nasi lemak i think!!
11/10/2020: Glad I chanced upon Eastern Fire. Enjoyed the authentic Malaysian and Sri Lankan dishes which are generally hard to find in the UK. There are many tasty vegetarian and vegan options. The owners are very friendly and happy to customise dishes according to dietary needs. Highly recommended!
curryfishchickenfriedcooked 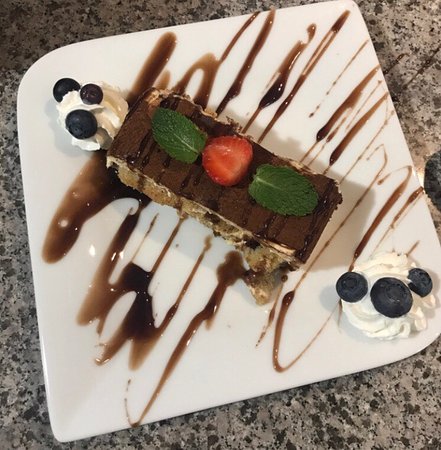 
Marlborough, Harrow, <20£
07/11/2020: The most horrible food ever! Spent £50 for a take away, the food tasted disgusting like straight from a tin. Looked nothing like the picture. This place should close down immediately. Shame on them for serving that, this is not food.
10/10/2020: This is a tiny restaurant, with a family run feel and excellent, traditionally dressed service. The food, and the portions are wow... amazing. Very surprising. Good prices for such excellent food. Beautifully served and presented. We had duck pancakes, satay chicken and mains including Thai green curry. It’s an un-licensed restaurant but you can BYO with no corkage (that I recall). Hidden away it’s a real gem of a find. Must go again, actually.
curryspicyricecoconutfish 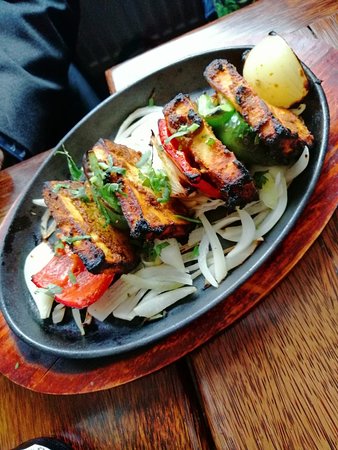 
Greenhill, Harrow
25/10/2020: This is a review from the heart. I’ve been dining at the kingsfield arm from when it was taken over a few years ago. The proprietor and their team are always welcoming and attentive. During COVID-19 the owners have taken a cautious approach and have created a safe environment that I think goes beyond government guidelines. The food is brilliant, and is cooked with care. And they veggie and vegan options taste just as good as there non-veg options. Their nan bread is always light and fluffy. Their curries are well balanced. Basically everything I’ve eaten at the kingsfield arms has been delicious If you happen to be in Harrow and fancy a curry and a few drinks pop in. And their espresso martini hits the spot.
01/09/2020: Ate here during the month of August for the Eat out to Help out. Greeted by friendly staff, and instantly felt in good hands due to the taking of our details for track and trace, our temperatures being taken and all staff in face masks with an enforced one way system. The staff were all very lovely and friendly and helpful, and the food delicious. Will definitely be returning.
cookedcurrymust 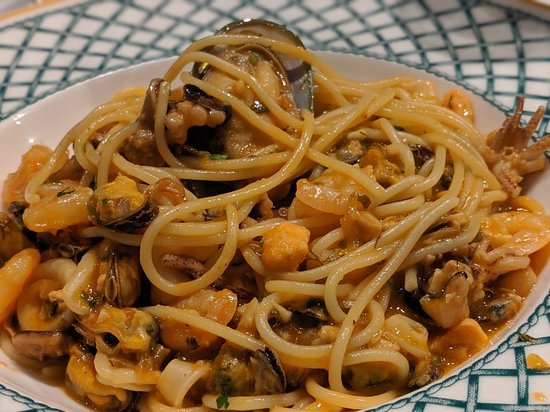 
Greenhill, Harrow, 45-60£
11/10/2020: Three of us ate here on Friday 9th October, we’ve been coming here for many years, when Miguel and his wife owned the restaurant, the waitress showed us to our table then a waiter came to take the drinks order (who volunteered the information he was agency staff!!!) drinks arrived, the waitress came to take our food order, which was slightly difficult, english not her first language, we had to point at the menu, (I’m not being disrespectful).When the starters arrived 40 minutes later, We had the Brie, Bruschetta and prawns, but no bowl of water on table to wash hands, as the prawns were still in the shell. Main course, consisted of Pasta and Salad, vegetarian sausages, and calves liver, this arrived thirty minutes after the starters were finished.We were offered dessert but declined, asked for the bill and left. The food is very good, no atmosphere since the restaurant was taken over, I can appreciate new owners want to put their own stamp on a business, previously you would have a small bowl of olives brought to table, some small canapés, asked was everything alright with the food, we walked out of the restaurant, without been thanked or goodbye hopefully we will see you again. Previously, a warm friendly restaurant .
20/09/2020: My boyfriend just bought a flat in the area and we wanted to eat out on Saturday evening and explore the neighbourhood. We decided to eat in this Italian restaurant which has positive reviews online. We were not disappointed: the food was fresh and nicely presented (and prices reasonable). The owner was very friendly and considerate. She even apologised because her kids were in the restaurant due to a nanny issue but they were so cute and quiet that we barely noticed! Will definitely become a favourite!
cookedoldfishpizzasteak 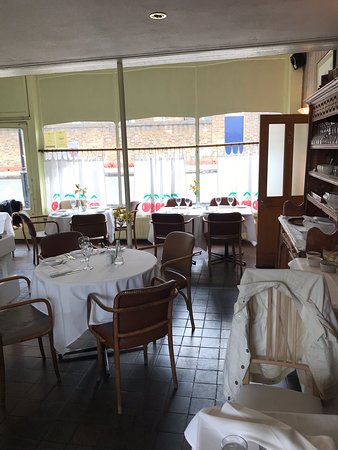 
Harrow on the Hill, Harrow
25/08/2020: Overcharged for mediocre food. Even after factoring in the 12.5% service charge we ended up paying for more than what we'd ordered. Dishes underwhelming. Wanted to support a local business in Covid times but regret this choice. Better options elsewhere on the Hill.
24/08/2020: My boyfriend and I came here on a random evening out and couldn’t have had a lovelier experience. The staff are all so friendly, and the food is very fresh. We were a little apprehensive upon arrival given that the menu looked a little cheap (as it was printed on plain paper and not photocopied straight) however this was totally misleading and no one should be put off by this. The food, atmosphere and staff were all so much more than the outside suggested it might be. We definitely will be back next time we’re in the area.
oldcookedfishlambbeautiful 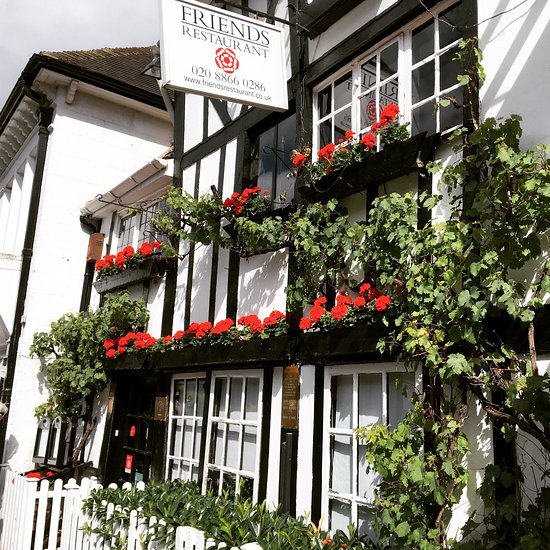 
Pinner, Harrow, >100£
03/11/2020: Went with family for a Sunday brunch as a treat before lockdown kicks in. We had been to Friends before for dinner but since our last visit, saw they had done an uplift to the interiors which brought out the character of the exterior very well - especially with the warm lighting. The staff were very prompt in their service and they came across as relaxed and friendly. I ordered a vegetarian breakfast and family had ordered avocado on toast. Both were very generous in proportion and absolutely delicious. Must try (after lockdown of course)
29/10/2020: I had a lovely birthday meal at friends 😊 the food is outstanding! The staff go out of their way to make you feel welcome. Would highly recommend this enchanting place 😊
cookedoldlambbutterpudding 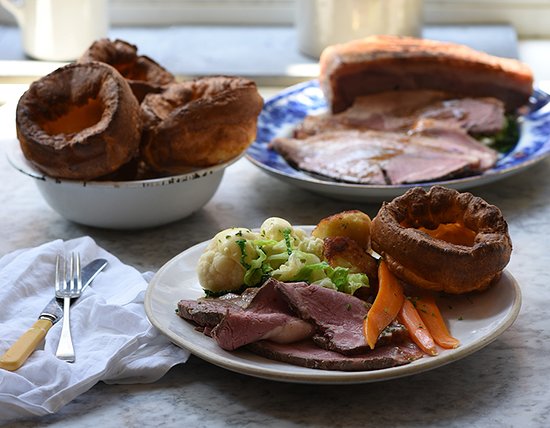 The Hare at Old Redding


Harrow Weald, Harrow
04/11/2020: The Hare was welcoming guests for the last day until after this lockdown so the atmosphere was quite lively. \The food, with their new chef, was really good and the portions generous. Some of the staff were friendly but that would be only slight downside - the inattentiveness of the staff, That said, once we hailed someone, they were polite and dealt with our requests.Certain to return as soon as they re-open
03/11/2020: We went to the Hare today at 1.45 we didn’t book as being open all day we thought it wouldn’t be hard to get a table on entering we were met by a rude host asking if we had a booking when I said we didn’t he offered us a table behind the entrance when I said sorry people are coming in and it’s cold by the door he immediately ignored us I asked for another table and he didn’t bother to even acknowledge us he was without doubt the most rude man to be a host and greet customers we live around the corner and have often had an enjoyable experience never again lately people are saying how it’s changed now we can see why.
haresteakroastcookedfish
1 2 3 ... 32