The best restaurantsof lebanese in London

Sort by Near restaurants
You are here:
Home
Restaurants
Lebanese
England
London 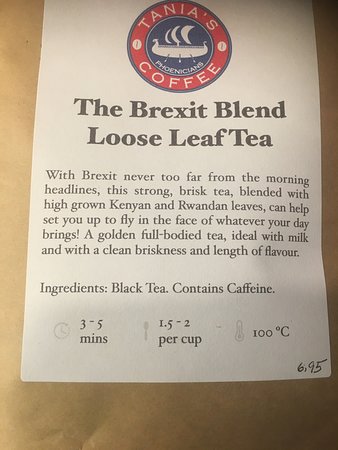 
Hampstead Town, Camden
13/06/2020: A delicious custom salad to accommodate my COVID immune building diet! The chocolates are not to be missed. Amazing!!!!
19/05/2020: Amazing, best of the best. I never seen a place like this. It's like a hidden garden in London.The guys are so kind and then you can find everything you need. The products he sells are with high quality. 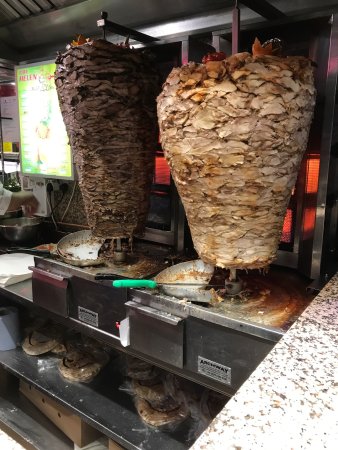 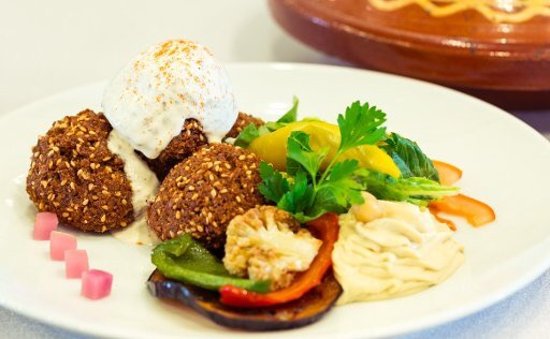 
Hyde Park, City of London,Westminster
23/11/2019: I think we eat here every time we stay at the Hilton or near Paddington. They make killer shawarmas and the food comes out fast. The prices aren’t bad either.
08/09/2019: Servizio molto veloce, cibo ottimo, porzioni medie in rapporto al prezzo, rapporto qualità prezzo leggermente alto. Per il resto ottimo 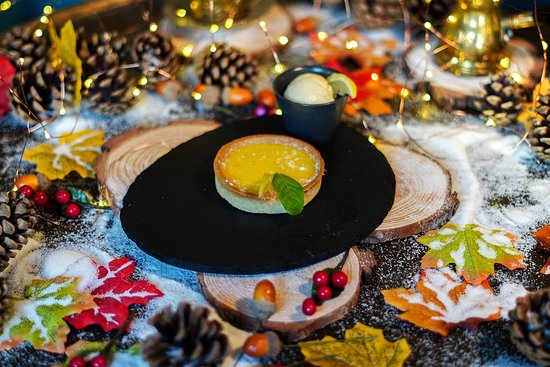 
Church End, Redbridge
01/03/2020: It’s not my first time at Liban Tapas as I am a regular. The food is amazing! And service is second to none. I’ve had different wait staff and the consistency between then is brilliant, clearly they enjoy working there. If staff are happy, customers will follow suit. The service provided is very personal and the manager is always present checking in with customers. This is a feature that I really like.I’m not the best of customers and I can be rather awkward with my requests but the manager and wait staff have never taken offence and have always tried their hardest to meet my needs. My fussiness isn’t with food (amazing!) but rather with drinks. I have a particular way of drinking that’s not common with their other customers. However this wasn’t a problem as the waiter who served me did take it back a few times until it was just the way I liked it. They do have a nice range of gins (Bombay to Monkey 47) and various cocktails. The atmosphere is perfect with good spacing between the tables set around 4 separate dining areas. One tip: If you want a booth, phone ahead and request it specifically. However even though we weren’t able to have the booth, we were offered a table on the terrace. Keeping in mind that it was February and in London, the manager went out of his way to make us comfortable with outdoor heating and blankets. The setting was perfect!
01/03/2020: Delicious Lebanese flavours. Lovely menu, tapas style or you can eat starter and main. I recommend the Aubergine Moussaka with chickpeas. A favourite I’ll be returning for. Lovely heated outside dining area and shisha area. Staff attentive. 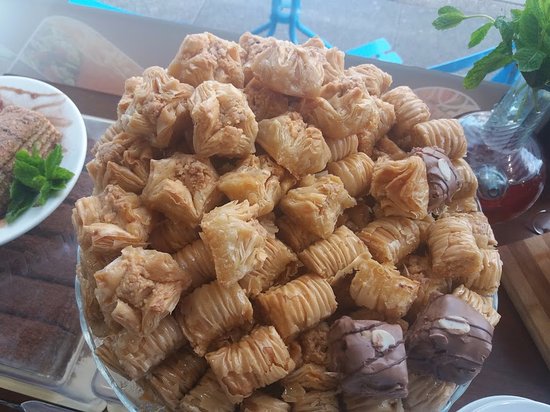 
Hounslow Central, Hounslow
07/05/2020: No need to go Edgware Rd as this place does shawarma as good as anything found there.Authentic style wraps. I went for the mix shawarma and went back the next day for the lamb. Large is only £6 and I couldn't finish it. Highly recommended.
02/05/2020: We had takeaway from here tonight and it was excellent. Everything was really fresh and full of flavour, good value for money and arrived quickly. We’ve had takeaway from here several times now and it’s been great every time. We especially like the halloumi, all the dips/hummus, batata harrah, breads, fattoush salad and baklava. Loads of choice for vegetarians. Definitely recommend. 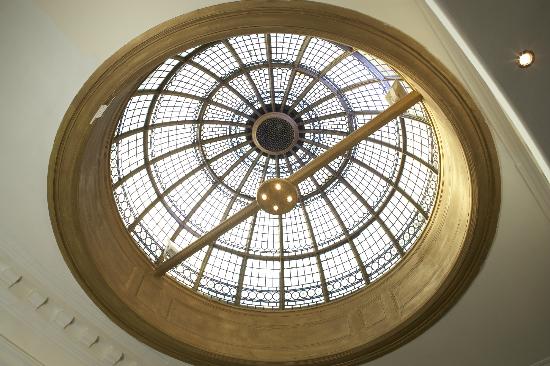 
Hyde Park, City of London,Westminster, 30-45£
29/12/2019: My family and I have been frequent visitors to the Maroush restaurants in Kensington Church Street and Vere Street, W1 and we had been waiting for a special occasion to visit their flagship restaurant in Connaught Street, which finally arrived on 28 December when we went for a lunch with old friends we had not seen for several years.The welcome when we arrived was 'luke-warm' and, despite our high expectations, we were disappointed to find the restaurant tired and gloomy. In particular, several of the light bulbs in the feature glass dome, under which we were seated, were not working and the ambience was more that of a noisy canteen than an upmarket London restaurant. It took a little while to be served, which did not bother us unduly, as we are busy catching up on our friends' news, and eventually a bowl of uncut fresh vegetables was placed on the table and we were able to order some drinks. Contrary to my usual experience, the somewhat optimistically named 'vegetable platter' was not complimentary but charged at £6.50 plus 12.5%, which seemed expensive, particularly as we hardly touched it.We ordered the Maroush Special Menu for four, which offers a wide selection of traditional hot and cold meze and grilled meats and this was perfectly good if not exceptional. The Lebanese bread, however, was cold and flaccid and not replaced, as would normally be the case.The Baklava was, like the starters and main dishes, adequate but drier and heavier than we would have liked.Towards the end of the meal, the kitchen staff took a table next to ours for their own meal and this did nothing to improve the overall impression of the restaurant or the repect they have for their clients.Before being able to order coffee, the bill arrived without having been requested - the restaurant had been half empty thoughout the meal and it was not as if our table was needed for other guests.Somehow a serving of grilled haloumi that we had neither ordered nor consumed, had found its way onto the bill and, when we asked for this to be removed, this was done with the same lack of grace that had accompanied our meal from the outset.When we left, there was not a single good-bye or word of thanks.Overall, I feel sorry for the owners of this restaurant, which has great potential but which is clearly operating well below capacity due to bad management - on a Saturday afternoon in Central London between Christmas and the New Year, it should have been full rather than half empty.Reading the other reviews left by other guests, I do see a common theme and it is about time that these were taken into account.
15/12/2019: Food was great. However, despite booking we still had to wait and the staff were more apologetic to walk-ins who also had to wait. Service was fine but not stellar and while the food was good it was expensive compared to other places in Edgware Road. We were hoping for a better experience compared to those other restaurants but instead got a very similar one but more expensive. Perhaps they need to think about how better to justify their prices. 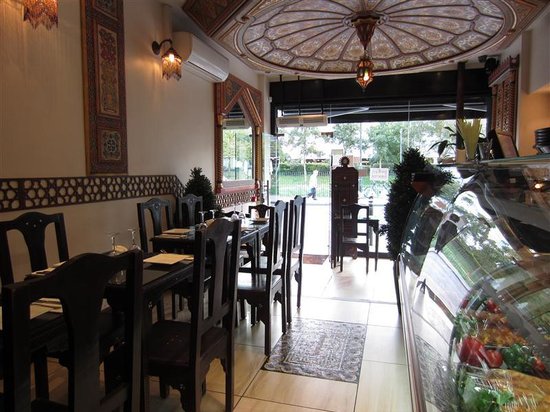 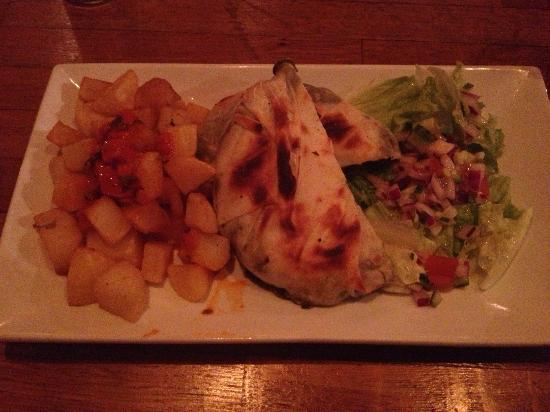 
West End, City of London,Westminster, 20-30£
04/05/2016: We were here on our wedding anniversary. Usually go to some place glitzy and fancy...this time we wanted to do something cozy and quiet after a long holiday. So the husband zeroed in on Maison Touareg.  Fantastic ambiance for a couple just wanting to talk and have a quiet meal. Of course this can be disrupted by noisy people on the next table who scream their lungs out...turning every person in a 2-mile radius deaf. Thankfully they went the downstairs section, where the restaurant offers sheesha.  Some beautiful wine later...we ordered just main course. I have had many a tagine before and nibbling on anything, even an extra gulp of air, can ruin the meal.  I indulged in a Chicken Tagine while the husband had Lamb Skewers. Both well made. In the mood for heavy carbs(!!), I requested for rice instead of couscous with my chicken. The chicken was citrus-ey, zesty and with enough sauce to blend with the rice...just as I expected it. A little too enough....I just about finished it with a lot of effort (I hate leaving food on my plate). The lamb was well-cooked and quite a huge portion. The tagine was well served..there's hardly much to go wrong. The lamb could have been plated way better. For desserts we had stuffed dates and our favorite...Baklava. There were 3 varieties...just 1 of them was good. Have had much better Baklava. But not too bad. Just upsetting when you are a Bak-lover (see what I did there?). V reserved us a beautiful table by the window....the restaurant is at the corner of a pretty street in Soho, so that was a good thing. Staff is sweet, service is slow...especially for a not-busy-at-all evening.  Reserve a table downstairs if you are in a group and are also fond of sheesha. Leave the upstairs tables for couples who need some quiet.....please! currycular.wordpress.com
23/04/2016: Wow este lugar es realmente una experiencia. El menú es fantástico, la comida es deliciosa y no mal de precio, pero las bebidas son muy marcadas de aquí. El servicio era bueno, atento, sin exagerar.


Canonbury, Islington
26/10/2017: Food was okay, a bit on the expensive side for what it was. Disappointed that when it arrived, a few of the delivery boxes had broken open and contents had spilled out in the bag. I put it down to the choice of containers/packing technique/ careless delivery.
14/10/2017: About half was fairly nice and edible- the cheese parcels were nice but the hlloumi was soggy and the babaghanoush completely inedible. Not to mention it was 45 minutes late- called twice and was told ten more minutes but still took in total about 2 hours 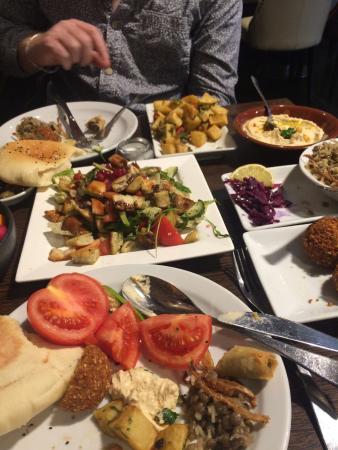 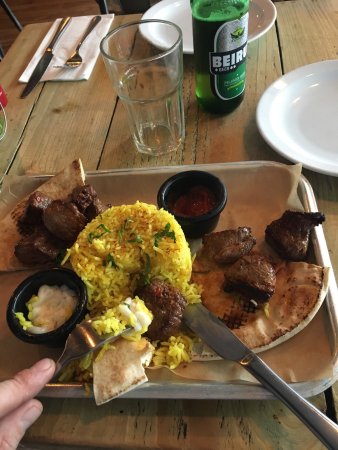 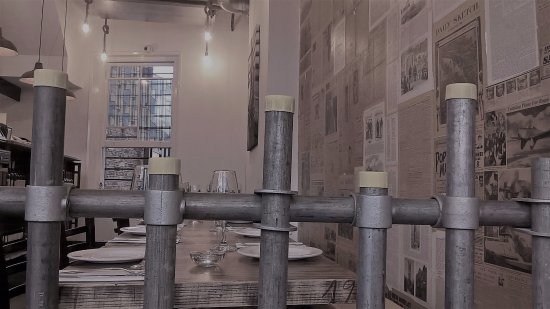 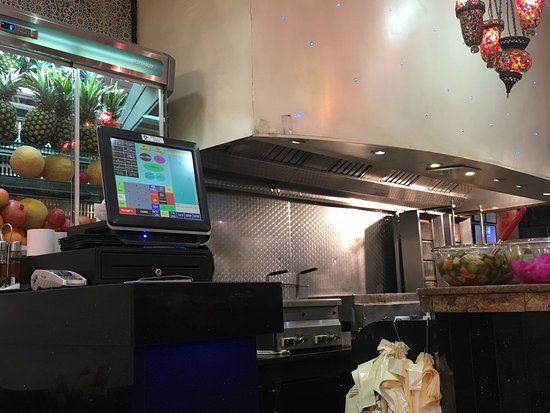 
Bryanston and Dorset Square, City of London,Westminster
25/12/2019: Food is disgusting and have been sick for days. Food poisoning.I'm not the only one according to the reviews on Google. The restaurant should be shut down. Please avoid the restaurant.
24/02/2019: Service was great and quick, staff very friendly and welcoming reasonable price it’s cosy place but We really love the food and customer service was best I recommend people . 
Shepherd's Bush Green, Hammersmith and Fulham
28/07/2019: Amazing food and service. I wandered in with two friends on a Saturday evening, was immediately greeted by the friendly staff. The restaurant was filling up quickly ( it was almost 5pm) but we managed to snag a table. We got served straight away as we knew what we will have. We had the mixed mezze and calamari as starters and then the mixed grill , samke mandaloun as mains . The food was more then delicious we really enjoyed it . The waitress was so friendly and her smile was enough.
18/03/2019: Food was ok however very badly managed restaurant with short staff. The point where management should be looking at is quality of service and standards of expectations 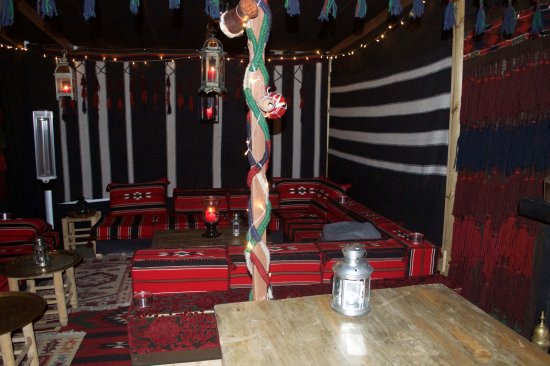 
Dundonald, Merton
30/12/2019: A group of us guys visited Mora Meze Bar just a week before Christmas. The hosts were very friendly, the beer was good (for clarity, they also do lager). We loved the decor and enjoyed the middle eastern style 'bar' at the back for a while before settling down to dine. We al chose to have the fixed priced menu (I think £20) that gave us some superb meze style dips, larger plates that were easy to share, and a sweet for each of us. We ate the lot! and agreed it was excelent value!!We will go again and recommend it to others as well. A real find in Raynes Park!!!!
13/12/2019: Took my wife here for a quick supper. We ordered a few starters to share and have to say the food was clean, crisp and very enjoyable. We will be back for a more leisurely evening . Mixed kebabs were really moist.
1 2 3