The best restaurants in Brighton and Hove South East

Sort by Near restaurants
You are here:
Home
Restaurants
England
South East
Brighton and Hove


Regency, Brighton and Hove
29/07/2020: We had our first in-door post-lockdown meal out on a day-trip from London. We were last there about 15 months ago and since then the restaurant has changed hands and so customers' loyalty cards are no longer accepted. The menu is perhaps a little less "fine dining" than it used to be, but was still excellent, and the service was very friendly and efficient. The only problem was the music, truly awful 1980s AOR stuff like Bon Jovi, which may be OK for some kind of retro night-time party venue, but is totally inappropriate for a Food for Friends Lunch. They need to add Nick Drake, Joni Mitchell, Jackson Browne, Joan Shelley etc to the playlist !!!
28/07/2020: I went with a true carnivore and she loved the curry. A great meal and friendly staff. The banana blossom main was amazing. 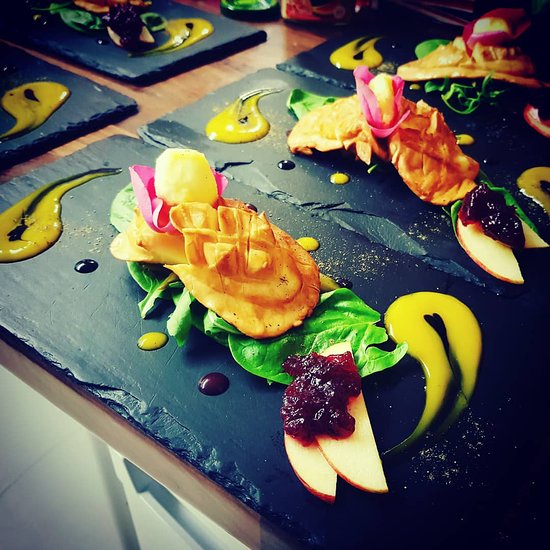 
Queen's Park, Brighton and Hove
04/06/2020: I have had 3 meals delivered from Thewitchez since lockdown began. Each time they have been stunningly delicious and travelled really well. Also ordered Sea Wolf shot served safely on the doorstep. Highly recommend!
23/05/2020: Had a fabulous takeaway from here last night. Food was delicious and plentiful. I’ll definitely be visiting when it reopens. Lovely, helpful, friendly service. Highly recommend 
St. Peter's and North Laine, Brighton and Hove
01/08/2020: Had a really nice time at tinto taperia, one of the best paellas I've ever had the pleasure of trying, pretty authentic! Also the calamares were fresh and crisp, definitely recommend them! We were served by Damaris, who was very welcoming, kind and bubbly, can't say the same about the manager though who was pissed that we were 30 mins late due to car problems even though I called to notify the restaurant, but hey what can you do...
31/07/2020: We were delighted with our lunch today. Authentic Spanish Tapas was absolutely delicious. Great Albariño and Verdejo wines. Staff were lovely, they were very busy as well as coping with all the C19 measures as well! Will definitely return. 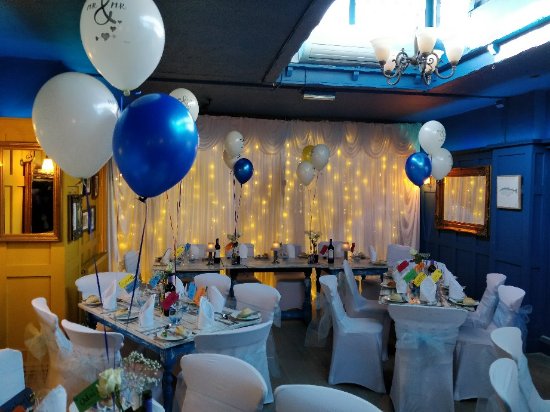 
Rottingdean Coastal, Brighton and Hove
26/07/2020: We had a great meal as ever but when it came to the dessert we were told the kitchen was closed and was now washing down. We then watched as 8 more mains were served along with a dessert served on the adjacent table. Another young waiter then went on to offer a choice of desserts to the table opposite us.I really don’t know what was going on but it appears our faces just don’t fit in this establishment.
25/07/2020: Our Saturday dinner outing was wonderful at this lovely pub. The food was great, there were ample of Covid measures that made us feel very safe and comfortable, and the service was impeccable thanks to Annabelle and Lauren who kept us entertained throughout the evening. Definitely recommended! 
Regency, Brighton and Hove
08/08/2020: We liked the ambience, and the menu looked promising, if a bit confusing. Let me make it clear: the food was good (no criticism of the chefs), but the organization and service was patchy when we visited. Without the restaurant trying rather harder, doesn’t merit more than 3 out of 5. I know it is difficult, during the Covid-19 pandemic, but other restaurants seem to be able to get it right.As for the menu, it appears to be based on the tapas idea, but with dishes from around the Mediterranean rather than just Spain. So far so good. But the printed menu doesn’t make it at all clear as to the size of dishes (price doesn’t always help). Hard to work out what are genuinely small dishes, and what is a substantial main, nor how many smaller dishes one might order as a starter or main. For example, the moussaka turned out to be a very substantial main course, whilst other dishes which seemed to be main courses turned out to be minute (if tasty). Unfortunately, our waiter, who wasn’t particularly friendly, appeared to be unfamiliar with the menu, and was certainly unable to give any intelligible advice. Service was a bit slow, and dishes arrived in random order. We ordered Pedro Ximinez dessert wine with dessert, and were then later told that there wasn’t any, but that we should have the Port, which would taste the same. Which is nonsense. These little irritations let down what could and should have been a great dining experience. Needs a shake up, if it is persuade me that it is worth coming back. Plenty of other restaurants in Brighton.
05/08/2020: I have visited this restaurant a couple of times before and I couldnt fault any of it.Sadly this time, it didnt live up to ny previous experiencesWe got there and it was very busy, but we were seated quickly and given menus.We ordered food and drinks together and both took a while but this was understandable due to it being a very busy saturday.We got 9 dishes for our group and most of them were just fine (Prawns were amazing as always though!)We got the octopus, which is something we normally get and the texture was horrible and slimy so we didnt even eat it.When I told our waitress that everything was good but our octopus was inedible, her response was 'we have never had a complaint before, have you had it before?' which I found quite condescending and defensive. I told her we always order it which then was met with 'what would you like me to do?'. I found myself in shock (since working in the service industry) since I wasnt rude or confrontational in any way. At this point I just wanted to leave so we just asked for the bill. That was a 20 minute wait. They had left the octopus on the bill even though we hadnt eaten it but I just wanted to leave at that point so we paid and left. I want to put it down to our waitresses attitude because it was so busy and hectic which I understand, but we wont be returning for a while! 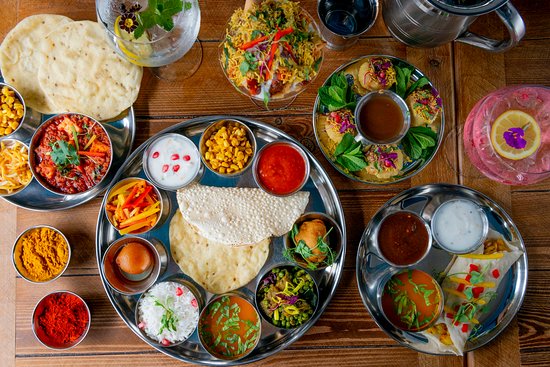 
St. Peter's and North Laine, Brighton and Hove
26/05/2020: We frequently travel to London from New York, and when we do we always are sure to take the train to Brighton for the sea air, the 99 Flake and the best Indian dining experience we have ever had. The food is flavourful, fresh and delicious. The staff is patient, friendly and happy to explain the menu. Like dining with family. 5 STARS PLUS!
11/03/2020: Amazing. We ordered the whole menu as a group of 4 and loved every dish! Highly recommend. 🤤 the team that run it are super friendly and helpful too! 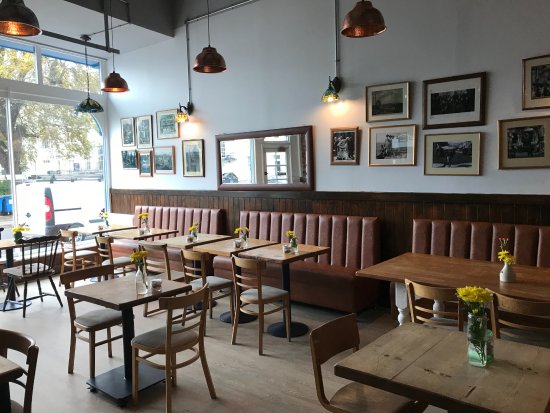 
Regency, Brighton and Hove
31/07/2020: We really enjoyed our visit, polite and attentive service, lovely ambiance and most importantly, delicious food! Our party of 8 were brilliantly catered for, and we will definitely be returning for another get together soon.
30/07/2020: We visit here regularly and we love it ! What is great is the consistency, it is always excellent. Every meal is prepared with best quality meat ,cooked to perfection ,served by lovely and friendly staff that remember you. Lamb shank and Karniyarik is must.We love it here and we continue to visit on regular basis & continue to recommend to friends and family ! 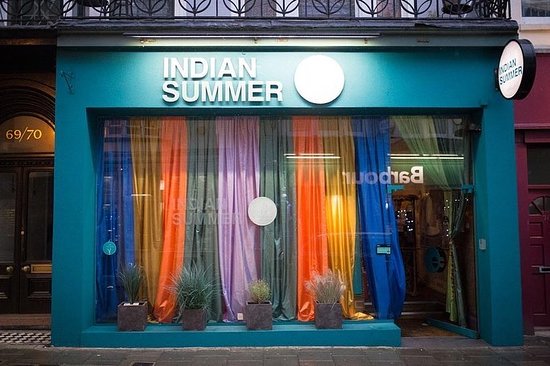 
Regency, Brighton and Hove, 60-100£
06/08/2020: We had to book a table for the following night due to demand but the wait was worth it. The menu was extremely comprehensive and accommodated my husband's vegan diet. For myself the service was superb, the mussels starter was amazing and overall I could not fault the restaurant. Definitely top of my restaurant's to revisit when I return to Brighton. Great VFM too!
06/08/2020: Gorgeous food, brilliant service and so many gluten free options. Surprisingly, it was also included in the eat out to help out so extremely good value. They even made gluten free Roti which was great. Highly recommend for anyone visiting Brighton! 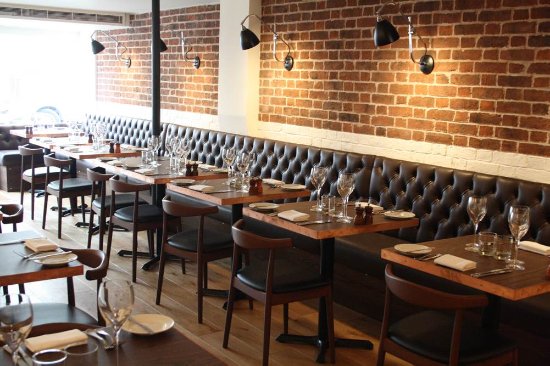 
Regency, Brighton and Hove, 30-45£
29/04/2020: The Ginger Restaurants are truly amazing and such a wonderful place to go. From fabulous wine choices to amazing specials this restaurant truly holds an amazing variety of dishes I would definitely recommend it!
07/03/2020: Little gem. What a great little find. Good atmosphere, quite loud and bubbly atmosphere. Not somewhere for a romantic dinner but great for food, wine and staff. Absolute must try. 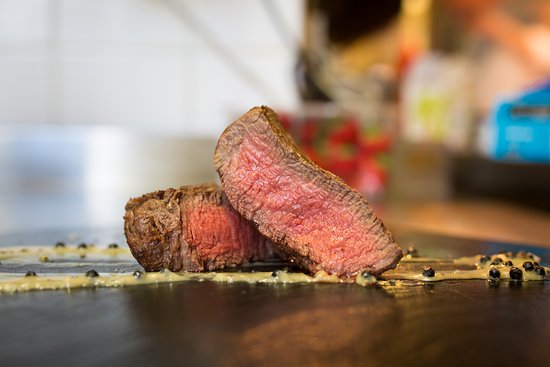 
Queen's Park, Brighton and Hove
21/07/2020: Great food, very accommodating with our little ones who loved the food just as much as we did. Tom was a brilliant & attentive waiter, service was great!
20/07/2020: Was really looking forward to eating here having read reviews but a couple of hours prior to arrival we got a call to say their contactless card machine had broken. So we duly queued up to get into a supermarket cash machine ( inside). So in these contactless Covid days it was a real nuisance. Only two red wines available so chose the £26.00 Malbec only to be told that one was not available but one of same quality was. This was brought to the table whereupon we immediately recognised it as a Tesco special price wine at £8.00. We relayed this to the waitress and she immediately said we could have it for £20.00.The condiments were also terrible, the cheapest unbranded mayo and tomato sauce.Luckily the steaks were good and we duly paid the service charge that was added to the bill. but felt a bit cheated.I hope things improve for this restaurant as they are clearly cutting corners and customers will vote with their feet. 
Regency, Brighton and Hove, 20-30£
13/07/2020: A classic Italian with linen table cloths and friendly service.I was lucky to get a table early Saturday evening. Loved my Veal with sage and Parma ham . The limoncello cheesecake was to die for.
12/07/2020: Absolutely recommend this restaurant. Booking was effortless and the staff were friendly and focused on the small personal touches. They asked if we were there for a special occasion and we told them an anniversary... they return with a special table sign! Food was amazing and large portion sizes which is always nice 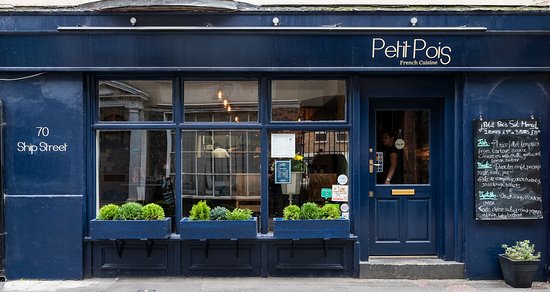 
Regency, Brighton and Hove
02/05/2020: a lockdown celebration - the meal was delivered quickly and was outstanding. great charcuterie, lovely bouillabaisse and belly pork. thanks to the staff for providing great food during these times.
06/04/2020: Last visit to a restaurant before the lock down and boy was it worth it. We visited as family of eight for a birthday and of course they brought out a little birthday surprise. I ate the SHORT RIB OF BEEF, ROAST GARLIC MASH, BABY ONIONS, PURPLE SPROUTING, SMOKED JUS. Which was fab. 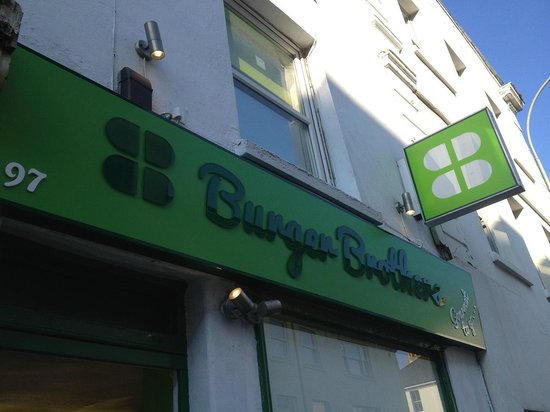 
St. Peter's and North Laine, Brighton and Hove, <20£
19/07/2020: The best burgers in Brighton! Loved chicken and favourite 👍🏻 All packaging is recyclable which is another plus 👌🏻
14/05/2020: Legitimately the nicest burger I've had! They don't do fries, but their specialty is their burgers, and they know that well. 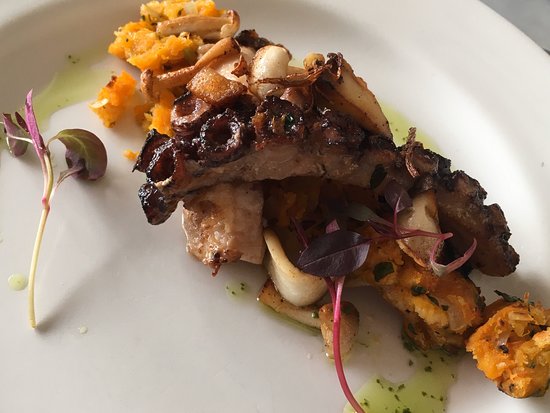 Riddle and Finns The Beach


Regency, Brighton and Hove, 60-100£
05/08/2020: Delicious food, attentive staff and great sunshine! One of my favourite fish restaurants! Would recommend the fried oysters for those to squeamish for normal oysters like me!
04/08/2020: Sadly a disappointment. We’ve been to the Riddle and Finn in the Lanes a good number of times when in Brighton and it’s always been excellent. The waiting staff at this one were lovely. Couldn’t have been more friendly and helpful. The food though was at best very average. It arrived within minutes of ordering suggesting it was sitting waiting. The seafood risotto was more like rice with seafood than a risotto and the bouillabaisse was skimpy on anything other than mussels. It tasted ok but instantly forgettable. It’s a shame. An off night? Perhaps we’d have been better ordering the simple baked fish.
1 2 3 ... 106