The best restaurants in Kingston upon Thames London

Sort by Near restaurants
You are here:
Home
Restaurants
England
London
Kingston upon Thames 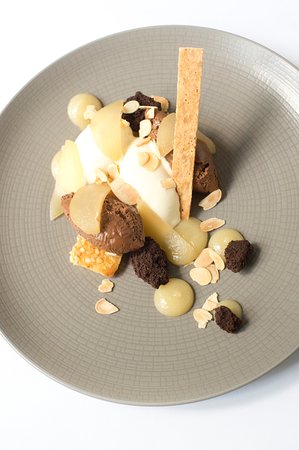 
St Mark's, Kingston upon Thames
06/06/2020: We ordered the pork and beef from the heat at home menu. Easy pick up, clear instructions and brilliant results almost as good as restaurant and certainly a great treat in these times. If you want a special meal go for it, very little effort for a truly special meal. Above and beyond are the only words to describe.
31/05/2020: My husband and I have eaten here a few times and it never disappoints. Authentic French cuisine and lively atmosphere.Seating area downstairs can be very noisy if the restaurant is busy due to the low ceilings, so opt for table upstairs if you want to be able to chat with your guests!
8,4 437
Reviews


St Mark's, Kingston upon Thames
07/06/2020: The restaurant is currently open on Fridays and Saturdays for takeaway, you need to preorder the 5 course set menu online. The restaurant provide videos explaining how to plate the food up at home. This was the best meal we have had since the start of lockdown.
31/05/2020: Ordered the new takeaway on Friday and is was amazing. This is not just a takeaway it is a dining experience. Very well packed and everything labeled corresponding to each course. Watch the videos to show you how to plate up and it actually looked like a Michelin star meal. Would thoroughly recommend to any foodies out there. 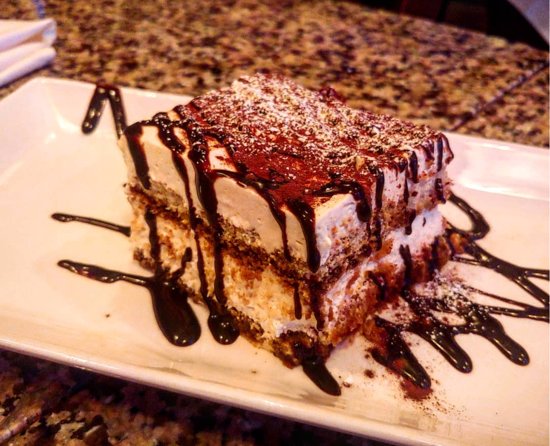 
Norbiton, Kingston upon Thames
16/06/2020: We ordered a three course meal (to takeaway as we're in lockdown) as it was one of our birthdays. Every dish was excellent - absolutely delicious - so we had a lovely evening. The portions were huge. We thoroughly recommend Trattoria Calabrese for wonderful food and lovely staff.
06/05/2020: Just had a fantastic takeaway. Delicious, fresh pasta and wonderful pizza. The best in town! Friendly and prompt service. Recommended! 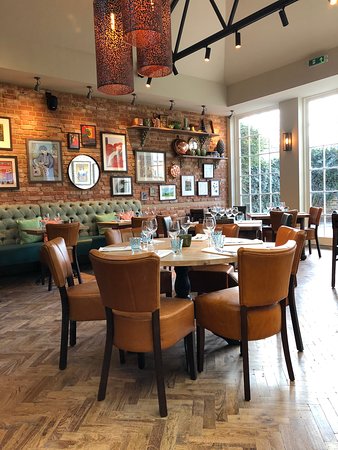 
Canbury, Kingston upon Thames, 30-45£
18/03/2020: Absolutely gutted. Best pub for miles around, have been here a lot over the past 12 months and Pearmain Group have sold it to Youngs, WHY ???Food, staff, ambience are all excellent and what now? Invaded by the bearded, real ale brigade!There is no way that the standard of food and competitive pricing will be maintained so it’s a Goodbye from me.Such a shame.
03/03/2020: (Traducido por Google) A pesar de estar ocupado, muy buen servicio y todavía hay tiempo para una presentación de cumpleaños extra especial. Bueno para ocasiones especiales. Etc. (Original) In spite of being busy very good service and still time for an extra special birthday presentation. Good for special occasions. Etc. 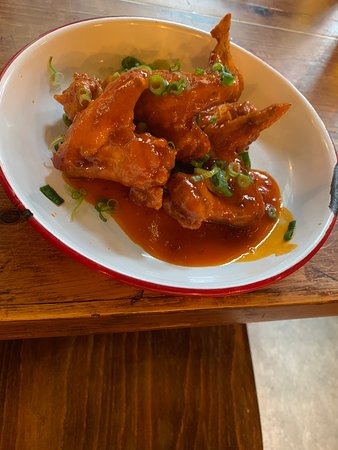 
Grove, Kingston upon Thames
18/06/2020: Me and my partner got a takeaway from here (during the pandemic) and it was fantastic.We got the wings platter,cajun chips,chicken tenders and mac & cheese which was all lovely.We travelled from Wimbledon for it and was well worth the journey.My girlfriend also commented on the friendly staff inside when she was collecting it.We will definitely be back to eat in when this is all over.
27/05/2020: ordered online and picked up in 20 mins, took our takeaway to the river and loved it. Staff was really chatty and sweet. cant wait to dine in when lockdown is over!!! 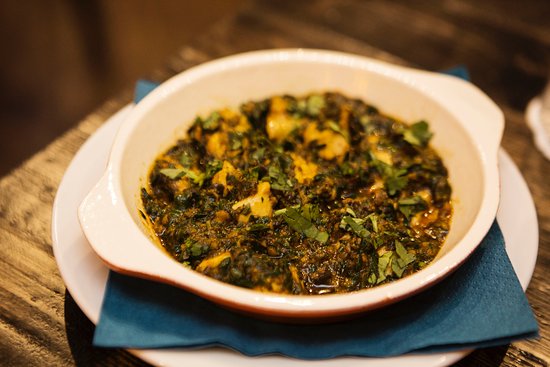 
Surbiton Hill, Kingston upon Thames
15/05/2020: I feel the need to review this restaurant as the take away we just had there was the most phenomenal tasty treat I’ve ever had from Surbiton. Well done! So flavoursome.
06/05/2020: Picked this restaurant above others in the area based upon the reviews, and it exceeded expectations! The flavours are phenomenal. Will be coming back soon, and wouldn't hesitate to recommend. Tasty! 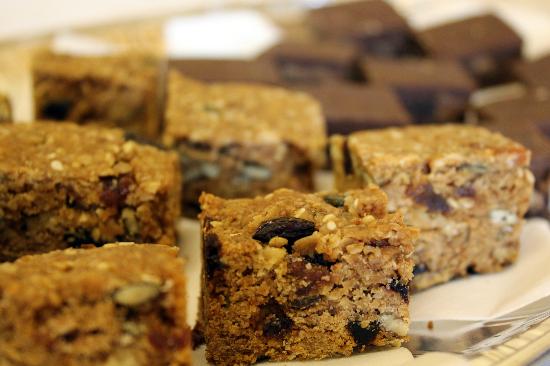 
St Mark's, Kingston upon Thames, 30-45£
02/06/2020: Went with little ones and the staff there were extremely nice and found us a table by rearranging slightly so that we could all sit around the table together. The food is a amazing and the kids menu has a lot of options, personally would recommend and their is a beautiful outdoor garden sitting at the back.
09/03/2020: si vous souhaitez prendre un (très) bon petit déjeuner à Surbiton, alors cet endroit est fait pour vous..qualité des produitsgentillesse et professionnalisme de l'accueilpluralité de la carteun vrai plaisir de bout en bout ! ——————————————————————————Surely the best place to have a (great) breakfast in Surbiton ! Sorry for the others.quality of productskindness and professionalism of the ownersChoices & formulas (breakfast, lunch, teas, etc…)a true pleasure ! 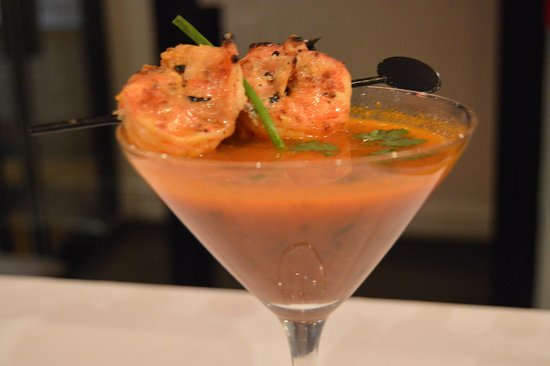 
Beverley, Kingston upon Thames
15/05/2020: Best Indian food in new malden and interesting part is they have Indian street food as well Chicken tikka masala and laal mass is a must try dish
25/04/2020: We love Moksha and have been getting Indian takeaway from them for the last couple years. The food is great and I really recommend the Thali. We're moving away so wanted one last takeaway to treat ourselves during lockdown! Unfortunately after getting our delivery inside we discovered a couple dishes had been crushed and the contents gone over everything. To their credit I called to let them know and they re-sent the affected dishes ASAP. We'll miss having Moksha on our doorstep! 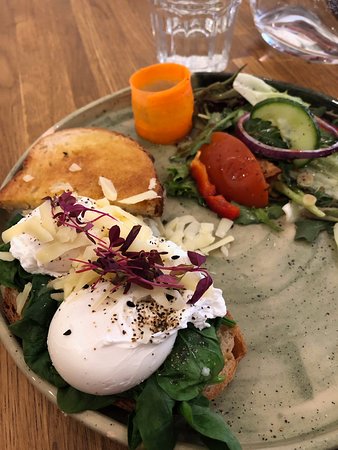 
St Mark's, Kingston upon Thames
04/01/2020: Fabulous and well priced light lunch. Food arrived promptly and was delicious. we ate here on the recommendation of my older daughter and were thrilled at this experience
20/11/2019: I stumbled across Surbeanton by accident when I got a bit lost on the way somewhere else with a friend... and we've never been so glad of getting lost. Excellent coffee, the best cherry bakewell tart I've ever had, lovely atmosphere and really friendly service. Thank you, Surbeanton - will definitely be back to make sure all the other cakes are as good as the bakewell :) 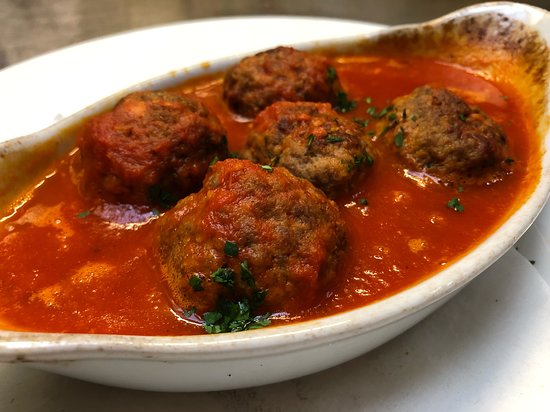 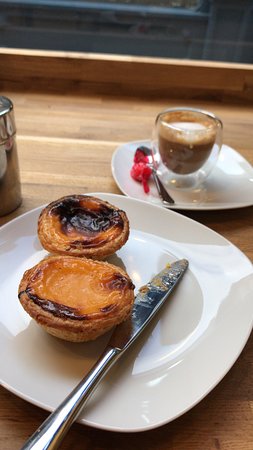 
Grove, Kingston upon Thames
30/04/2020: Such a wonderful little place. The coffee is great and the food is so good. They have a great choice of cakes and savoury food. And it is all delicious! The people who own it and work there are absolutely lovely! 100% recommended.
17/04/2020: This place is a little gem not only for the delicious natas but also for the owners being super friendly. 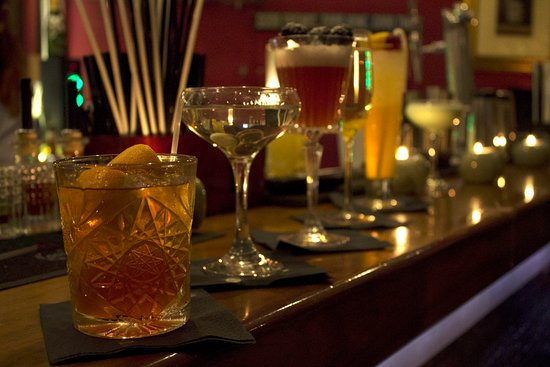 
Canbury, Kingston upon Thames, 30-45£
05/06/2020: This has been our favourite local restaurant for some years now, but until last night we hadn't ordered their takeaway during lockdown. Four mains and two vegetable side dishes with rice and breads were all delicious and too much for five of us (even with my greedy teenagers). Leftovers for two lucky people today. Delighted to see the high standards are being maintained; the food tasted really fresh and was ready for collection in only 20 mins (so I'm not sure how busy they are - maybe we got lucky). I'm looking forward to this place reopening when it is able to. We will certainly be going back to support it.
25/05/2020: I knew this restaurant had a great reputation but it is just a little to far for a convenient walk so we took the opportunity to order from Deliveroo during lockdown. It was superb. We both had the salmon to start which was really moist with a great glaze. The prawn biryani and prawn methi malai were both really tasty with really generous portions. Despite the distance, this will now be a real priority to try in person once the lockdown is over. 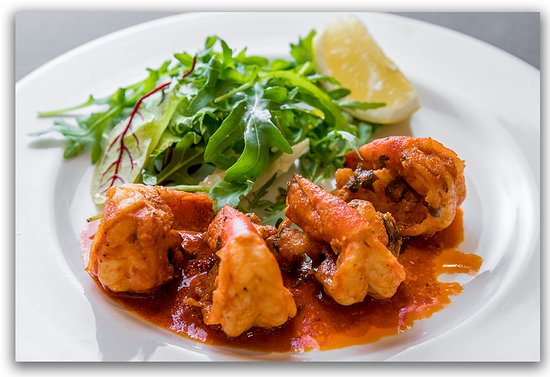 
Grove, Kingston upon Thames, 20-30£
08/06/2020: A very bad impression this time. O had order 4 chicken donner with some specifics for each of them. When finally we arrived home to eat we had discovered 2 lamb donner and 2 chicken donner. This is unacceptable guys, someone can be allergic!!!
30/04/2020: Popped in here after work for some dinner, the meal was ok but several things let it down. We were quickly seated, although the seating arrangements throughout the restaurant were almost uncomfortably close to each other. For starters we had the garlic bread and the spicy sausage, both were at best average and the portion sizes not particularly large. When the mains came out the empty starter plates were still on the table, so the waiter had to awkwardly hover while he called someone over to move the plates, and then we had to further wait while someone brought over new cutlery. For mains we had the lamb cutlets and the lamb shish kebab, both were quite nice but no one came to ask how the food was or check everything was ok, which was frustrating as both dishes could have done with some sauce! I tried getting the attention of a waitress but she seemed to look right through me. For desserts, we had the chocolate mousse and the baklava which were both nice, but again nothing spectacular. The most disappointing part of the evening was the bill... £9.45 service charge was included, which for two people on a Wednesday evening before 7 pm seemed rather a lot! No doubt we could have asked for it to be removed... but that’s an awkward hassle that I'm sure no one bothers with. Unless it’s a large group, or very good service(!), the bill, in my opinion, should only include the food/drink allowing the customer to tip/add service charge as they deem fit. The bill came to £85 so although not terrible, for only three drinks (total) and the food £40+ per person was quite a lot. We probably could have got an equally nice meal for less from many other places in Kingston. Overall, although everything was ok for the price I would not return. 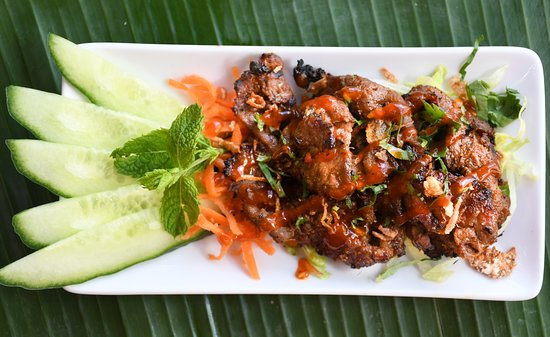 
Grove, Kingston upon Thames
06/06/2020: Best Vietnamese food I ever had.Pork & noodles are fantastic and great value. Pho is also great. I can’t wait until they are open again.
29/02/2020: Best Pho in the UK. My family and I eat here every weekend. The service is always warm and friendly and the food is of unparalleled quality. You haven’t eaten proper Vietnamese food in the UK unless you have been here.